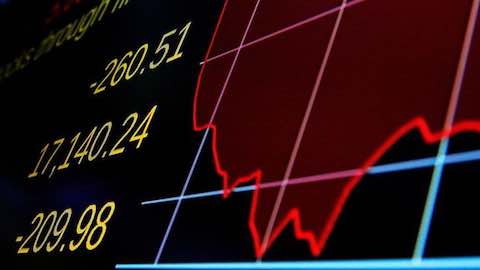 The lion’s share of retirement dollars is going into passive funds these days – and investors are better off for it. Separate research that most active fund managers in nearly every category have underperformed their respective benchmarks over the past five years.

The warning is posted in fine print at the bottom of all mutual fund advertisements: “Past performance does not guarantee future results.” The U.S. Securities and Exchange Commission requires it.

But when it comes to actively managed mutual funds, that warning should perhaps be updated to: “Strong performance almost certainly guarantees worse performance in the future.”

Such a caveat would simply reflect what the data tells us about actively managed funds, which are managed by a person or team instead of being “passively” pegged to an index or other benchmark. It also explains why retirement investors have been shoveling billions of dollars into passive total-market index funds and exchange-traded funds.

The latest nail in the coffin for active funds comes from S&P Dow Jones Indices, which this month released a semi-annual scorecard that tracks consistency of top-performing mutual funds over time. The study concludes that very few equity funds consistently stay at the top, especially after five or more years.

– Only 7.33 percent of domestic equity funds that were in the top quartile of performance in March 2014 were still there two years later.

– Only 3.7 percent of large-cap funds maintained top-half performance over five consecutive 12-month periods. For mid-cap funds, the comparable figure was 5.79 percent, and for small-cap funds it was 7.82 percent.

– Could the most astute investor jump in and out of hot funds at just the right time? In theory, yes – but that is not how most retirement investors handle their portfolios. Most do not even take the time to rebalance quarterly or adjust their contribution levels every year – much less try to time active funds.

The lion’s share of retirement dollars is going into passive funds these days – and investors are better off for it. Separate research by S&P Dow Jones finds that most fund managers in nearly every category have underperformed their respective benchmarks over the past five years. For example, 76.2 percent of retail mutual fund managers underperformed the S&P 500 over that time period.

Those numbers point to the importance of fees, said Aye Soe, S&P Dow Jones Indices’ senior director of global research and design. Passive funds are far less expensive – which means the hurdles these funds need to clear to deliver superior return are much lower.

“Most active managers just cannot beat the benchmarks,” Soe said. “And even if you have found the one who can, the chance that he or she will do that consistently is very, very low.”

Another striking statistic in the S&P Dow Jones report is the high “death rate” among poorly performing active funds. Across all market cap categories, about one-third of equity funds in the fourth quartile were liquidated or merged over the last five years.

Fund deaths can cause problems for investors, notes Roger Wohlner, a financial adviser and writer based in Arlington Heights, Illinois. In a tax-deferred account, the investor likely is forced to sell at a depressed price. The results can be messier if the fund is held in a taxable account. “The investor could receive capital gains distributions, and owe taxes, even if the holdings were purchased before she ever owned the fund, and there could be liquidation expenses.”

Ten years ago, 20 percent of net assets in U.S. mutual funds were in passive vehicles, according to Morningstar data. At the end of 2015, that figure surpassed 40 percent for the first time – and it hit 42 percent in July.

Fixed-income active funds are doing a better job of holding their own – just 27 percent of fixed income fund assets are in passive vehicles, Morningstar reports. That reflects better performance. S&P Dow Jones reports that a couple of active fund categories – mortgage-backed securities and general municipal debt funds – have been able to stay in the top quartile over the past five years. A larger number have persistently shown up in the top half of funds, including government bond funds and high-yield funds.

But on the equity side, the message is clear, according to Soe.

“The average investor is almost always better off with passive options.”

Mark Miller is a Reuters columnist. The opinions expressed are his own. Budget 2019 and Beyond: A debt market perspective

Cross-border financial planning: Six tips to get it right